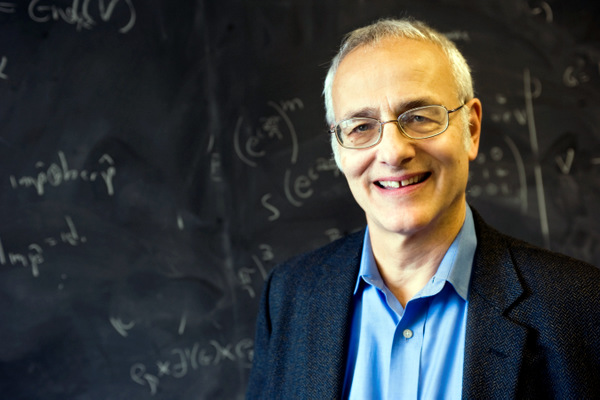 athematics at the University of Iowa, is receiving the 2014 AMS Award for Distinguished Public Service. Presented every two years by the American Mathematical Society, the award is given to a research mathematician who has made a distinguished contribution to the mathematics profession during the preceding five years. The prize will be awarded on Thursday, January 16, 2014, at the Joint Mathematics Meetings in Baltimore. (Photo: Thomas Jorgensen, rights holder: University of Iowa)

Kutzko was chosen "for his leadership of a national effort to increase the number of doctoral degrees in the mathematical sciences earned by students from underrepresented groups." He is one of several faculty in the university's Department of Mathematics who undertook, in 1995, to increase minority representation in its graduate program. In this role, he has served as director of the department’s Sloan Foundation Minority Scholarship Program. As a result of this departmental effort, more than 25 US citizens of minority backgrounds have earned PhD’s in mathematics at the University of Iowa since 2001. Kutzko and colleagues from mathematics and statistics departments at the three Iowa Regents universities founded the National Alliance for Doctoral Studies in the Mathematical Sciences. He has served as its director since its founding and has written the proposals to NSF through which the Alliance is funded. The Alliance has enlisted 26 graduate programs, a larger number of undergraduate programs, over 900 students, and 250 faculty mentors from 90 colleges and universities around the U.S.

In 2008, Kutzko's department received the AMS Award for Exemplary Program or Achievement by a Mathematics Department. An article about the department appeared in the May 2008 issue of the Notices of the AMS (no subscription required).

Kutzko’s area of research is representation theory of p-adic groups with applications to the local Langlands program. He has continued to maintain his research program throughout his many years working on behalf of PhD students from underrepresented backgrounds. Indeed, three of his advisees, all of them from minority backgrounds, received their PhDs under his direction in 2012.